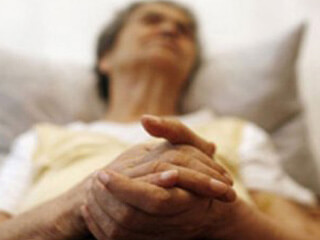 Alzheimer’s is a disorder of the brain where the death of brain cells causes loss of memory, which, in turn affects an individual’s thinking and behavior. It is a type of dementia which is progressive i.e. starts slowly but gradually increases with age.

Alzheimers is one of the most common form of dementia that occurs to people mostly above the age of 60. However, in some cases Alzheimer’s also affects people between 40 to 50 years of age.

Alzheimer’s – A Progressive disorder and symptoms

A person suffering from Alzheimer’s shows mild symptoms of memory loss initially but with increasing age he/she may lose the ability to carry out a conversation or respond to the environment. Some of the symptoms of a person with Alzheimer’s are as follows:

These are some common symptoms of Alzheimer’s but these symptoms should not be considered as common old age related symptoms. There is actually a thin line of difference between the above mentioned signs of Alzheimer’s and typical age related problems. For instance, an Alzheimer’s patient will make a poor judgment and have difficulty in making decisions whereas an old person may make a bad decision once in a while.

As mentioned above death of brain cells causes Alzheimer’s. A neurodegenerative disorder, in Alzheimer’s, the brain cells collapses over a course of time leaving fewer nerve cells and connections towards the end. At last the total brain size shrinks. But the gradual collapsing of brain cells cannot be seen or tested while a person suffering from Alzheimer’s is alive. When autopsy is conducted on the dead brain of an Alzheimer’s patient, one can see tiny inclusions in the nerve tissues called ‘plaques’ and ‘tangles’- two abnormal structures responsible for damaging and killing nerve cells. Plaques are found between the dying cells in the brain – from the build-up of a protein called beta-amyloid. The tangles are within the brain neurons – from a disintegration of another protein, called tau.

Alzheimer’s is not curable but there are various drugs available in the market to reduce the symptoms such as memory loss and confusion for a limited period. In US, two types of Drugs from a class called cholinesterase inhibitor and memantine (Namenda) are approved for symptomatic relief. The cholinesterase drugs include:

Besides medication, behavioral and cognitive therapy helps a lot in the treatment for Alzheimer’s. Infact, behavioral and cognitive therapy is more significant as a major part of treatment for people suffering from Alzheimer’s comes from these therapies provided by various health care workers. These health care workers always strive to provide a better quality of life to Alzheimer’s patient as they gradually lose their independence.

Today there is a worldwide effort going on to find ways to treat Alzheimer’s and delay it’s onset. Various researches are on to find ways to cure the disease. Researchers are also working on stem cells to develop cure for Alzheimer’s. Scientists have made breakthrough discoveries which indicate that modified stem cells may offer ways to treat Alzheimer’s disease. However, it is too early to come to any conclusion as of now.

Since Alzheimer’s is not curable, it is always good to take preventive measures in order to lessen the risk of becoming an Alzheimer’s patient. There are some unavoidable risk factors like age (people over 65 years of age have greater risk of catching Alzheimer’s), family history (this is
the second biggest risk after age since people coming from a family with Alzheimer’s are prone to this disease) and thirdly sex of an individual (usually females are more prone to this disease than men). However, there are some preventable risk factors like reducing the risk of diabetes or heart disease, which, in turn may cut the risk of Alzheimer’s.

Prevention is always better than cure so leading a healthy lifestyle is the way forward to fight Alzheimer’s.