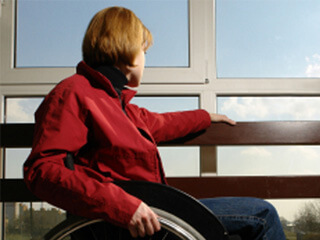 Multiple sclerosis (MS) is a central nervous system disorder which is considered to be an immune-mediated disease. In MS the body’s own immune system wrongly perceives the myelin sheath (the protective fatty layer around nerve fibres in the central nervous system) as foreign material and attacks it. Eventually, damage to myelin makes the nerves susceptible to deterioration and upsets the communication between the brain and rest of the body.

Depending upon the severity of damage and the nerves affected, symptoms of MS may vary. Visual disturbances, thinking and memory problems, numbness or tingling, muscle weakness, dizziness, fatigue, spasticity, impaired co-ordination and balance, shooting pain in the spine, walking difficulties and/or speech problems are some of the common symptoms of MS.

Multiple sclerosis may manifest as one of the four forms:

Multiple sclerosis may strike at any age but people between the age 20 and 50 are more commonly affected. There is no cure for MS however, in recent years a lot of progress has been made by the researchers in the field of MS treatment and stem cell therapy has particularly raised high hopes of recovery among the patients.

Whilst the regular treatments, such as interferon, copaxone, or immune suppressants help in reducing the severity of disease by blocking immune responses against the myelin sheath, these treatments do not reverse the damage that has already been caused to the nervous system tissue.

On the other hand, stem cell therapy which utilizes the mesenchymal stem cells obtained from umbilical cords of normal and healthy babies has been found to be potentially effective against negative immune response as well as in diminishing the nerve cell damage by restoring the damaged myelin sheath (re-myelination).

Before transplantation into the patient’s body, the umbilical cord derived mesenchymal stem cells go through a vigorous quality analysis in the laboratory. The body’s immune system does not perceive umbilical cord derived mesenchmyal stem cells as foreign, therefore they are not rejected and without trouble differentiate into healthy myelin sheath cells.

Across the globe, a number of clinical trials of stem cell therapy have shown positive results on MS patients with significant improvement in disability levels. When used as an adjunct therapy along with occupational therapy and physiotherapy, stem cell therapy shows dramatic results and significantly improves the quality of life.