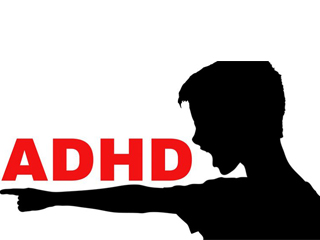 Little children tend to be messy. It is not in their nature to keep everything neat and tidy. Off and on they tend to veer out of control. They are always on the go, make noise nonstop, waiting for their turn is next to impossible and bump into everything around them. At other times, they may drift off as if in a dreamy land, unable to pay attention or complete what they start. Unfortunately, for some children these issues may happen just too frequently. Children with “attention-deficit hyperactivity disorder” fall in that group. For them these behavioral aberrations are too frequent that they interfere with their ability to live normal lives.

Generally, these children have trouble getting on with siblings and other children at school, at home, and in other settings. It is only natural that those who have trouble paying attention usually have trouble learning. They are likely to be impulsive and this nature may put them in actual physical danger because children with ADHD find it hard to control their behavior. They can get labelled as “bad kids” without realizing what the real issue is.

Left untreated, ADHD will continue to exist as a serious life-long problem and it will snowball into getting poor grades in exams, relationship problems and inability to carry on with a job.

In modern medical science, effective treatment, including Stem Cell Therapy and customized rehabilitation is available for children who are affected with this disorder. It goes without saying that being a parent you have a very important role to play here. The first thing is to understand the disorder properly.

ADHD is a disease condition of the brain that makes it difficult for children to control their behavior. It is one of the most common chronic conditions of childhood. About 4% to 12% of the school-aged children are under its vicious grip. ADHD is commonly seen in boys, in fact three times more in boys than girls.

Not all the children with ADHD have all the above-mentioned symptoms. They may have one or more of symptom group mentioned in the table.

To find out if the child has ADHD

We have to keep in mind that it is normal for children to exhibit the above-mentioned signs from time to time. The child may be reacting to stress at school or home. He/She may be feeling bored or going through a tough stage of life. It does not mean he/she has ADHD.
Generally, teachers are the first to notice inattention, hyperactivity and/or impulsivity and bring these symptoms to the parents\’ attention. ADHD symptoms differ in children depending on which type of ADHD the child has. People often jump into the conclusion of hyperactive behavior, but actually there is predominantly inattentive type ADHD as well, commonly referred to as Attention Deficit Disorder (ADD). Children affected with ADD are not hyperactive, but sluggish and lacking energy when compared to children with other types of ADHD. As these symptoms are less intrusive and disruptive compared to the hyperactive condition, this form of ADHD is often overlooked.

It is important for parents and teachers to have a clear idea of ADHD so that they will be better informed as to the symptoms to look out for that indicate a child is showing signs and symptoms that could be of ADHD. With proper treatment and care, these children can excel in life rather than face lifelong frustrations and struggles associated with their demeanor. So it is time to seek treatment as covering it up will only help worsen this disease condition.