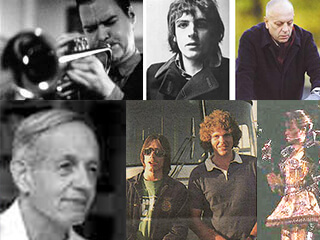 Schizophrenia is a chronic mental disorder that influences the way you think and behave. People affected by schizophrenia can seem like they have lost touch with reality. They experience hallucinations (most commonly reported being, hearing voices), delusions, disorganized thinking and speech. People with schizophrenia are greatly affected socially due to their apparently bizarre behaviour, which can be misconstrued by people they interact with. They eventually fail to distinguish between what is real and what is imagined.

Schizophrenia symptoms usually start to show in people between the age of 16 and 30. Symptoms start gradually and progress into adulthood. It is seen among younger children rarely. Symptoms can be categorized as positive (hallucinations, delusions, agitated body movements, unusual thought processes), negative (reduced emotions/speech/expressions, difficulty in starting or following through activities) and cognitive (lack of focus/attention, lack of ability to understand or use information, inability to use information immediately after learning it).

Schizophrenia can be caused due to environmental and genetic reasons. It is known that schizophrenia runs in the family. But sometimes individuals develop symptoms even without a family history of the condition. Also, people with one or more family members who have the condition do not develop schizophrenia themselves. No one gene is attributed to the development of schizophrenia. It is considered that several different genes contribute to the risk. A combination of the genes and some aspects of the environment the person is exposed to can cause the condition to develop. Such environmental factors could be: parent being malnourished during pregnancy, substance abuse, some infections, difficulties during birth, and psychosocial factors. Researchers also suggest that imbalances in brain chemicals can also be a factor in causing schizophrenia.

When schizophrenia is accompanied by depression, it is said to be schizoaffective disorder.
Medication and rehabilitation programmes in combination can help manage schizophrenia and can help the affected person lead a better life. Counselling, support groups, supervised housing programmes for people similarly affected can go a long way in bringing back confidence in the individual and in integrating with the society again.

Vincent Willem van Gogh – World renowned artist
Vincent van Gogh, born 1853, was a Dutch post-impressionist painter. He produced numerous works of art including portraits, self-portraits, landscapes and still life. During this period, schizophrenia had not yet been discovered as a mental disorder. He was posthumously diagnosed by several doctors as having suffered from this condition based on accounts of his behaviour.

ohn Nash – Mathematician/Nobel Prize Winner
Born in 1928, John Forbes Nash Jr., was an American Mathematician. He has made significant contributions to the field of game theory, differential geometry and partial differential equations. His theories are used in economics. He was a mathematical genius from an early age — he had attained a Bachelors and a Masters degree in Mathematics by the age of 19. In 1959, Nash began showing signs of schizophrenia. Years of treatment followed. After 1970, he returned to his academic studies and won the Nobel Prize in 1994. In 2015, he was awarded the Abel Prize. He was bestowed with several other prestigious awards and honorary degrees.

Lionel Aldridge – Football player
Lionel Aldridge, born 1941, was a professional football player who played for the NFL. He retired from professional football in 1973 and turned to being a sports analyst. He was diagnosed with paranoid schizophrenia in the late 70’s. In spite of his past success and fame, the condition led him to being homeless. Eventually, he was treated and he became an advocate for the homeless and the mentally ill.

Syd Barrett – Musician, founder of Pink Floyd
Syd Barrett, born 1946, was a musician, songwriter, guitarist and in particular, the founder of the famous band, Pink Floyd. Although Barrett never publicly confirmed his condition, it is reported that he left the band due mental illness and substance abuse. He died in 2006 due to pancreatic cancer.

Mary Todd Lincoln – Wife of Abraham Lincoln
Mary Todd Lincoln, born 1818, was the wife of America’s 16th President, Abraham Lincoln and was the First Lady of the United States. They had four sons, out of which only one son outlived her. She also witnessed her husband’s assassination. She had a history of mental illness, mood swings, angry outbursts and excessive spending. Many psychologists hypothesise that she suffered from schizophrenia and/or bipolar disorder.

Rufus May – Clinical Psychologist
Rufus May, born 1968, is a clinical psychologist, who is known for using his own personal experiences with mental illness to advocate recovery approaches for those suffering from similar conditions. He was diagnosed with schizophrenia at the age of 18. He completed training in clinical psychology and uses his experiences to work with patients.

Brian Wilson – Musician, Member of The Beach Boys
Brian Douglas Wilson, born 1942, is a famous musician, singer, songwriter and record producer who famous for his popular album “Pet Sounds”. He battled with a history of drug and alcohol abuse, chain smoking and overeating. He suffered from auditory hallucinations and was diagnosed with schizophrenia. He is credited with soundtracks provided for movies like Forrest Gump, The Departed, The Wolf of Wall Street and Apocalypse Now. He was inducted to the Rock and Roll Hall of Fame in 1988.

Charles “Buddy” Bolden – Pioneering Jazz Musician
Charles “Buddy” Bolden, born 1877, was a highly regarded, incredibly talented Jazz musician. He is credited to have created the Jazz movement, evolving from ragtime music. Psychiatrists suggest that due to his mental handicap, he was probably required to improvise, since he could not read music and his motor functions were impaired. Thus, he improvised ragtime music to create jazz as we know it today. From 1900 to 1907, his band saw a phenomenal reception mainly due to his pioneering efforts at jazz. As he was impaired cognitively, he had to constantly improvise. His talent was acknowledged and well-appreciated by all. He was even known to play in eight bands at one time. In 1907, at the age of 30, his condition deteriorated, he was diagnosed with schizophrenia and was institutionalised. He died 24 years later.