Home / What Is Dystonia? Symptoms, Causes, and Treatments

What Is Dystonia? Symptoms, Causes, and Treatments 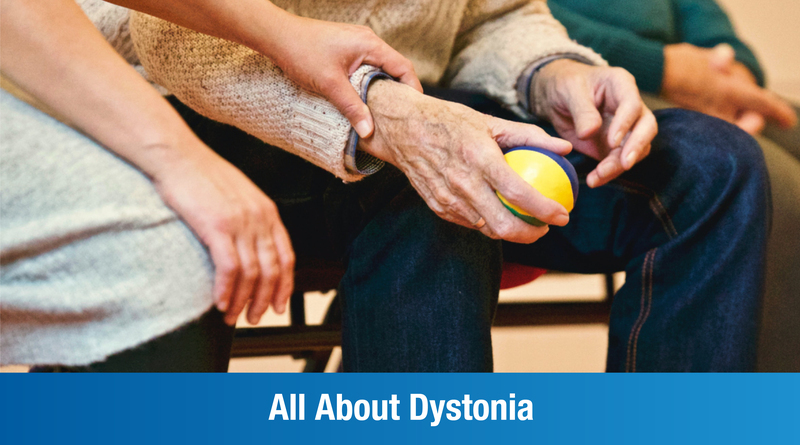 Dystonia is a condition in which the patient’s muscles contract painfully and uncontrollably. It may be mild enough to not be noticed at first, but intensifies over time. Here, we offer a quick introduction to what Dystonia looks like, why it occurs, and how patients can manage it.

Dystonia is a movement disorder that causes muscles to contract uncontrollably. The contracture is generally painful and leads to abnormal gestures or repetitive motions. Dystonia can affect a single muscle, a muscle group, or several muscle groups all over the body. It can affect people of all ages.

The symptoms of Dystonia can vary depending on the muscles it is affecting. Common symptoms include:

Pain or exhaustion frequently follow in the aftermath of Dystonia symptoms, while fatigue may exacerbate the symptoms. Patients may also experience depression or social withdrawal because of the stress the disease causes.

One way of classifying Dystonia is on the basis of the parts of the body it affects. Accordingly, there are five types of Dystonia:

Doctors also classify Dystonia based on its patterns. Some of them, in fact, can be regarded as syndromes in their own right. These include:

Dystonia occurs due to a problem with the way nerve cells communicate in the basal ganglia, which is the part of the brain that initiates muscle contractions. It could be idiopathic in nature, but more often it is acquired from a stroke, a tumor, brain trauma, infection, or conditions like Multiple Sclerosis or Parkinson’s Disease. The doctor will perform a variety of tests and take a complete medical history to determine the exact root cause. Researchers continue to work on identifying genetic mutations that cause Dystonia.

Depending on the severity and its underlying cause, there are several Dystonia treatment options available.

Dystonia can be painful and uncomfortable to deal with, but it can be managed with appropriate treatment. It’s important to be patient with yourself and take as much time as you need to complete tasks and perform the doctor-prescribed exercises. Over time, you’ll be able to build an active, fulfilling life of your own.