Home / What Happens To Nerve Cells In MS: An Overview

What Happens To Nerve Cells In MS: An Overview 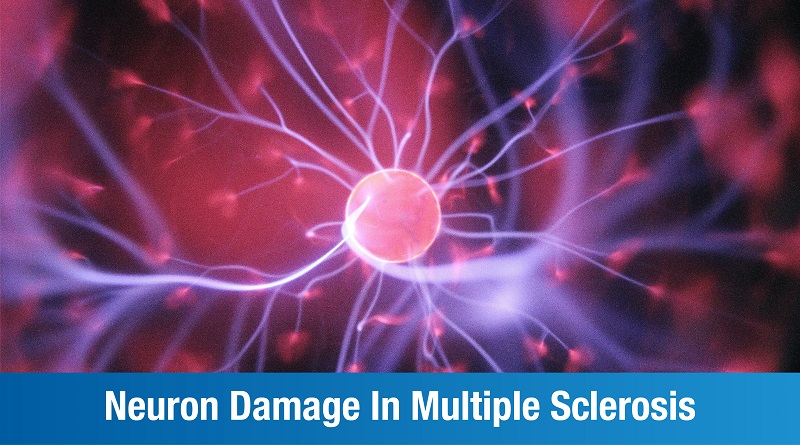 While Multiple Sclerosis is primarily defined as an autoimmune condition, it is also classed as neurodegenerative owing to the impact it has on nerve cells. Essentially, MS causes the body’s immune system to attack neurons, which affects the way the central nervous system communicates with the body. Here, we examine how Multiple Sclerosis affects nerve cells and causes demyelination in patients.

Multiple Sclerosis (MS) is a chronic inflammatory condition of the central nervous system. It is an autoimmune demyelinating disease, which means the immune system mistakenly attacks normal tissues — in this case, the myelin or protective covering around nerve fibers. This leaves scarred tissues or lesions in multiple areas, disrupting electrical impulses throughout the body. When the myelin sheath is damaged, nerve impulses slow down or even stop, causing neurological problems.

Before diving into what happens to nerve cells in MS, let’s take a look at what they are. Nerve cells, or neurons, are what convey messages from the central nervous system to the rest of the body. Neurons consist of an axon that can be up to one meter long, as well as several dendrites. The space between the axon of one neuron and the dendrite of another is known as the synapse.

Surrounding the nerve cells are glial cells, which are special support cells containing oligodendrocytes that produce a fatty protein called myelin. Myelin sheaths the axon and serves as a protective layer, much like the insulative coating around an electrical wire, while also enabling information to pass smoothly through the nerve cells.

When a patient suffers an MS attack, an immune system response is triggered that leads to inflammation of the nerve cells and the glial cells. This damages the oligodendrocytes, which in turn means that myelin cannot be produced at the normal rate, which causes the myelin sheath to be stripped away. This process is known as demyelination, and a demyelinated nerve cannot transmit messages properly. As a result, depending on where the nerve damage has occurred, the patient will experience difficulties with voluntary movement.

Post the MS attack, the body is able to heal the damage to some extent – known as remyelination. The new myelin tends to be thinner, however, which means that messages cannot be transmitted as efficiently as before. As the disease progresses, the oligodendrocytes may be unable to produce myelin altogether. As more and more of the axon remains exposed, scars form on the nerve cells that affect their ability to be regenerated. A tell-tale sign of Multiple Sclerosis, therefore, is the white lesions that show up on MRI scans from the scarring.

As of now, no one knows exactly why or how Multiple Sclerosis begins. Research continues on what triggers the initial autoimmune attack and which antibodies attack the myelin sheath. Generally, a mix of genetic and environmental factors is held responsible. Other risk factors include:

In short, Multiple Sclerosis gradually breaks down the ability of the nerve cells to heal and operate efficiently, which is what causes problems with voluntary movement. There are, however, several treatments that slow down the rate of damage and improve remyelination so that the patient can be more functional. Talk to your doctor about the best treatment options for Multiple Sclerosis to optimize your health and wellbeing today.