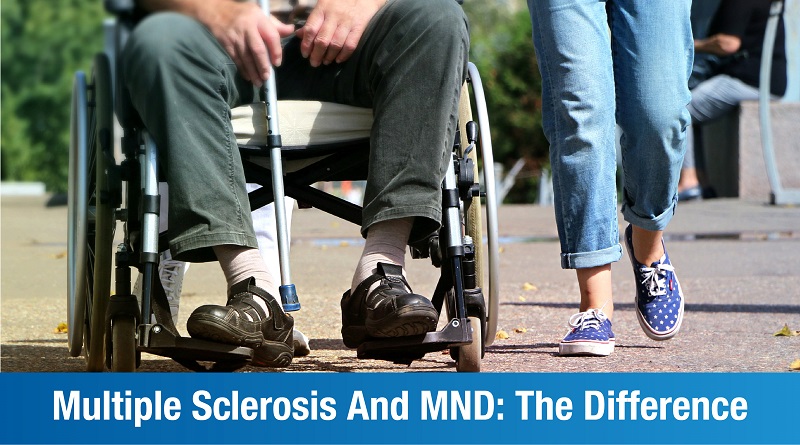 If a patient experiences symptoms like muscle spasms or trouble walking, some may suspect it to be Multiple Sclerosis, while others may say it’s Motor Neuron Disease. While MS and MND do have some commonalities, they are completely different conditions that require unique treatment approaches. Here, we offer a brief guide on the difference between Multiple Sclerosis and MND.

Multiple Sclerosis (MS) is a chronic inflammatory condition of the central nervous system. It is an autoimmune demyelinating disease, which means the immune system mistakenly attacks normal tissues — in this case, the myelin or protective covering around nerve fibers. This leaves scarred tissues or lesions in multiple areas, disrupting electrical impulses throughout the body. When the myelin sheath is damaged, nerve impulses slow down or even stop, causing neurological problems.

When it comes to MS vs MND, both diseases manifest in a somewhat similar fashion, which is why several people confuse them. Here’s what they have in common:

While the points of distinction between MS and MND are numerous, here we only discuss the most salient ones.

Receiving a diagnosis of either Multiple Sclerosis or MND can be a challenging moment for the patient and their family. It is important to thoroughly understand what each condition entails so that the patient can secure the best treatment available. If you or a loved one display the early symptoms of either, make sure to get a check-up and diagnosis promptly.