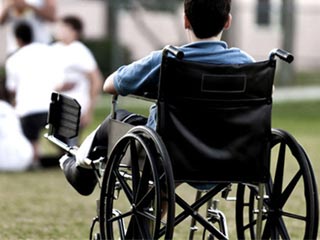 A group of disorders that impair balance, movement and muscle tone is called cerebral palsy or CP.  From the word “cerebral” it can be understood that the disorder is related to the brain and “palsy” means weakness or muscle disorder.

When a child is diagnosed with cerebral palsy, the diagnoses include both brain injury and muscle problem.

To get a better picture as to how brain damage has impacted one’s overall mobility, cerebral palsy is divided into different types.  Movement issues and the body part(s) being affected are the two principal factors based on which cerebral palsy is categorized.  Cerebral palsy is mainly four types – spastic, athetoid, ataxic and mixed type.

Let us go into each one in detail.

Around 10% of the cerebral palsy found in children is attributed to this type.  It is also called non-spastic cerebral palsy.  In this type the muscle tone fluctuates between being hypertonic and hypotonic.  Involuntary movements in the face, torso and limbs are the tell-tale signs of athetoid cerebral palsy.

This type of cerebral palsy is caused when brain’s basal ganglia and/or cerebellum is damaged.  The basal ganglia are responsible for controlling motor function and eye movements, while the cerebellum controls balance and coordination.

Ataxic cerebral palsy affects balance and coordination.  It accounts for only a small portion of all cerebral palsy cases.  Those inflicted with this condition typically have issues surrounding voluntary movement.

Ataxic cerebral palsy is not like other types of cerebral palsy because it is majorly caused by damage to the cerebellum, which controls balance and coordination.  People with this condition often have tremors and a reduction in muscle tone.

At times damage of the brain is not confined to one location.  In these settings, it is possible for a child to develop cerebral palsy that is characteristic of multiple brain injuries.

Severity of the condition is dependent on the extent of the patient’s brain injuries. While the condition does not progress over time, symptoms may become more pronounced as the patient ages.