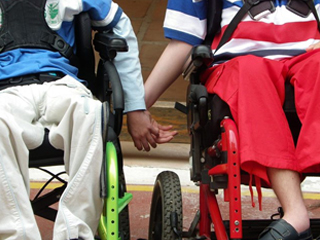 Muscular dystrophy, in a nutshell, can be defined as a group of disorder that leads to progressive loss of muscle bulk and a resultant loss of strength. 1 in every 5000 people is at risk of getting affected with the main form of muscular dystrophy. It occurs in both men and women, in all ages and races.

The main cause of muscular dystrophy is a genetic mutation that intervenes in the production of muscle proteins, a substance that we need to build and sustain healthy muscles. Typically it is a genetic condition. If a person has a family history of muscular dystrophy it increases his chance of being affected with the condition and passing it on to the children. But there is a ray of hope as it is proven that certain physical and medical treatments like stem cell therapy can improve the condition to a great extent.

It would be interesting to throw some lights on the facts on muscular dystrophy.

Let’s delve a little deeper into what muscular dystrophy really is.

WHAT IS MUSCULAR DYSTROPHY?

A group of over 30 conditions that result in loss of muscle strength and degeneration is called muscular dystrophy. This degeneration happens one after another. It affects a person’s mobility as the condition worsens. In some cases, it can lead to breathing problems, impaired heart function, and even life-threatening complications. Depending on the severity of the condition it could be mild, slow-progressing, moderate or fatal.

Duchenne Muscular Dystrophy – This is the most widely found muscular dystrophy. It is generally seen in boys though girls can be carriers and get affected in a milder way.

Becker muscular dystrophy – This type of muscular dystrophy is similar to that of Duchenne, but the progression of this disease condition is slower. Symptoms started showing in the teenage years, but a clear manifestation of symptoms may not happen before mid 20s.

Myotinic (Steinert\’s disease) – This form of muscular dystrophy is characterised by an inability to relax muscles after contractions. It is an adult-onset muscular dystrophy. Neck and facial muscles are at risk of getting affected.

Facioscapulohumeral (FSHD) – Weakness of the muscles generally begins in the face and shoulders. When a person with this condition raises arms the shoulder blades are likely to protrude like wings. Although usually seen in teens, it could begin in childhood or as late as 40s

Congenital – As the name indicates, this type is apparent at birth or before the age of 2. Both boys and girls get affected.

Limb-girdle – Hip and shoulder muscles are the first casualty of this condition. Onset can be in either childhood or teenage years.

Each form of the disease condition is caused by a genetic mutation. A good number of these mutations are inherited, but some can happen spontaneously in the egg of the mother.

Below mentioned are some of the common symptoms of Muscular Dystrophy:

Eventually, patient will be confined to braces and wheelchairs

As time passes on, the symptoms worsen leading to severe inability like heart related ailments, curvature of spine, aspiration pneumonia, swallowing difficulties etc (Causes cut short as it was too long)

WHAT IS STEM CELLS THERAPY?

Cells that originate at the early growth level are called stem cells. Stem cell therapy is believed to be the finest breakthrough in medical history. You may be aware, it has been awarded with the Nobel Prize in Medicine in the year 2012. This ground-breaking modality of treatment has immense potential in the treatment of muscular dystrophy. In fact it has changed the medical perception of incurable disorders and its application in a plethora of medical specialties has gained traction.

Stem cells by its very nature have the property to regenerate impaired muscles by inducing myogenesis (a form of muscular tissue) and providing significant relief. Whilst the anticipated deterioration of patients affected with muscular dystrophy is around 20% every year, absence of deterioration by that percentage following therapy is generally acknowledged as a significant improvement by most practicing physicians. Stem cell therapy can halt the speed with which the muscle degeneration is happening and can avert further progression of the condition.

Stem cell therapy induces muscle fiber regeneration. With the regeneration of new muscle fibers, strength, power, tone and reflex of muscles will improve, this in turn will abate most of the symptoms. Moreover, stem cell therapy is considered to be the apt treatment form for muscular dystrophy. It imparts progressive muscle proteins and replenishes the stem pool.