Home / Tremors and What They Indicate

Tremors and What They Indicate 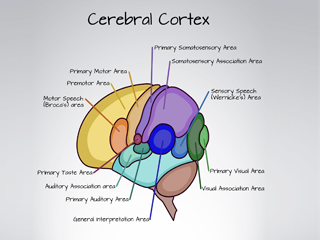 Tremors are often classified as a ‘social disability’ because of their unpredictable nature, and effect on our ability to perform daily functions such as walking, driving, and eating. In order to give people suffering from them a fighting chance, it is essential that tremors are diagnosed and treated early on in their lives.

Physiologically speaking, tremors are involuntary muscle movements, which may be caused by anything from hereditary influences and lifestyle patterns to degenerative diseases and neural damage. Based on their causes and how they manifest themselves in one’s body, tremors have been identified and classified into nearly 20 varieties. Of these, here are some commonly seen tremors and what they indicate:

The most commonly diagnosed type, essential tremors were once known as ‘familial tremors’ owing to their hereditary nature. People who suffer from these tremors often experience mild to severe shaking throughout their body — especially in their necks and arms. Despite the uncertainty surrounding their root cause, most scientists agree that essential tremors are caused by genetic mutation that occurs over the generations.

These tremors mainly affect a person’s fine motor skills, including their ability to perform functions such as touching their nose with their fingertip or pointing in a certain direction. As the name suggests, cerebellar tremors are caused by damage to the cerebellum — the part of the brain that controls movement. Besides this, illnesses such as multiple sclerosis and hyperthyroidism, and disorders such as anxiety and chronic alcoholism, are also known to cause cerebellar tremors.

These tremors occur in people with dystonia — a neurological disorder that causes repetitive and abnormal muscle contractions in certain parts of the body. Their intensity can be reduced by applying pressure to the affected body part and taking complete rest till the tremors pass.

Characterized by rapid shaking in the thighs and legs, orthostatic tremors are distinguished from essential tremors only by their speed and frequency. In some cases, the strain and fatigue caused by these tremors destabilizes people, making it difficult for them to maintain their posture. But in rare cases, people affected may find it easier to walk or move than to stand.

More than 25% of Parkinson\’s patients experience these types of tremors as the first symptom of the disorder. Characterized by the ‘pin-rolling’ gesture of the hand, Parkinsonian tremors usually begin from one side of the body and gradually spreads to the other side.

Patients with a history of mental illnesses such as anxiety, posttraumatic stress disorder, and depression may experience instances of psychogenic tremors. The timing and trigger for these tremors are hard to determine, but they usually reduce in intensity or disappear if the patient ignores them.

Physiological tremors can affect anyone — even those without a history of diagnosed degenerative or neurological disorders. It may be triggered by physical exhaustion, stress, intense emotions, stimulants, and heavy metal poisoning.

People suffering from tremors may exhibit a range of reactions to them — from downplaying the symptoms to outright panic. But research has consistently proved that early diagnosis and treatment of tremors can restrict their spread and reduce their influence on patients’ lives. At Plexus, we help patients do this through stem cell therapy for conditions such as Parkinson’s disorder, dystonia, and spinocerebellar ataxia. To book an appointment with Dr Naeem, send an email to drnaeem@plexusnc.com or visit our website.