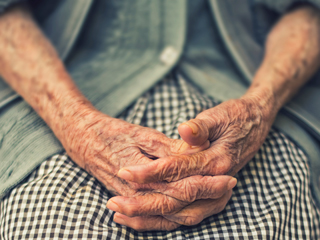 With over 10 million patients worldwide, Parkinsonism remains one of the principal degenerative disorders today. It is a disease of the brain in which cells that produce dopamine — a neurotransmitter responsible for regulating mood and movement — in the substantia nigra (midbrain) are lost. Though generally considered a disorder of the elderly, it can manifest at a younger age, and across generations.

This chronic progressive neurological condition initially emerges as mild tremors — sometimes only on one side — before it gradually progresses to affect the entire body. Deficiency of dopamine leads to motor disorders which result in slow movements, tremors across various body parts, and rigidity of muscles. Parkinsonism deteriorates over time and at an advanced stage, could even impair walking.

The exact cause of this debilitating disease still remains unclear, and so far no form of treatment has been able to effectively cure the disease. However, various forms of medication, physiotherapy, surgery, brain stimulation, and stem cell therapy, are available to delay the onset of motor symptoms.
Usual treatment of Parkinsonism comprises of therapies that are designed to increase the amount of dopamine in the brain either by replacing or mimicking dopamine, or prolonging the effect of dopamine. Studies have shown that early diagnosis and intervention, especially in the non-motor stage, can improve symptoms and slow down disease progression.

While anti-parkinsonism drugs have been employed successfully to control the symptoms of Parkinsonism, there are a few drawbacks. These included unpleasant side effects such as drowsiness, constipation, dizziness, hallucinations, nausea, and swelling — creating the need for a more durable treatment.
For some individuals with advanced, virtually unmanageable motor symptoms, surgery may be a viable option. One such surgical procedure is Deep Brain Stimulation (DBS), where the surgeon implants electrodes to stimulate areas of the brain that are responsible for movement.

An alternative approach that has been recently explored is the use of dopamine-producing cells derived from stem cells. The stem cells are then transplanted into the patient’s brain, where they replicate the properties of the degenerated cells of the substantia nigra. As a result, symptoms of Parkinsonism gradually disappear.

What’s more, when stem cell therapy is provided at early stages of the disease, it shows excellent results. Studies show that almost all patients (80-85%) who undergo stem cell therapy gain better control over their motor movements and are less dependent on anti-Parkinson drugs — surely, a sign of better things to come.

In our endeavor to overcome Parkinsonism, we at Plexus provide quality stem cell therapy, medication, general lifestyle changes (rest and exercise), physical therapy, occupational therapy, and speech therapy. If you or a loved one is suffering from this disease, contact Dr Naeem at drnaeem@plexusnc.com to book a consultation. Together, we can plan an active neuro-rehabilitation program that will help effectively tackle symptoms and improve quality of life.