Home / How Can You Prevent Multiple Sclerosis?

How Can You Prevent Multiple Sclerosis? 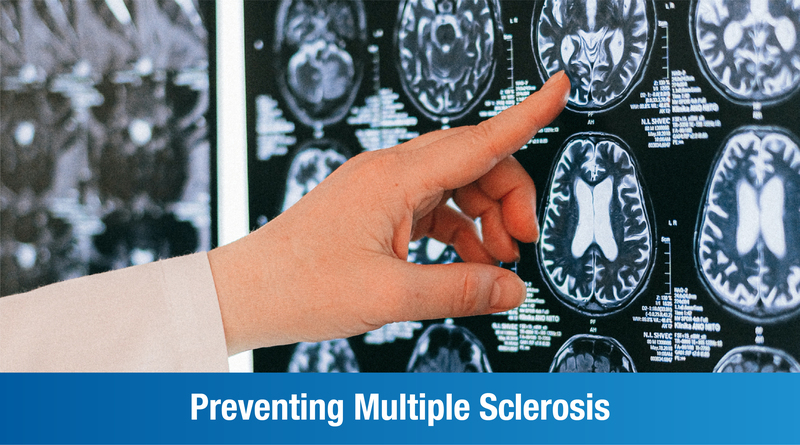 It is estimated that around 2.3 million people around the world are living with Multiple Sclerosis. It is a prgressive neurological condition that affects the way nerve signals are transmitted to the rest of the body, which leads to problems with voluntary movement, vision, speech, and cognition. Although there is currently no ultimate cure for Multiple Sclerosis, research continues on MS prevention and steps that people can potentially take to safeguard themselves. Here, we take a closer look at the question of how to prevent Multiple Sclerosis.

Multiple Sclerosis (MS) is a chronic inflammatory condition of the central nervous system. It is an autoimmune demyelinating disease, which means the immune system mistakenly attacks normal tissues — in this case, the myelin or protective covering around nerve fibers. This leaves scarred tissues or lesions in multiple areas, disrupting electrical impulses throughout the body. When the myelin sheath is damaged, nerve impulses slow down or even stop, causing neurological problems. The three types of Multiple Sclerosis are Relapsing-Remitting MS, Primary-Progressive MS, and Secondary-Progressive MS. Treatment can manage the symptoms and slow disease progression so that the patient can live an almost normal life.

Those who have experienced two or more of the above should get a check-up. Doctors will conduct a variety of tests to identify signs of CNS damage and also rule out other conditions that could be causing the symptoms.

Scientists everywhere are continuing the search to understand what causes Multiple Sclerosis and thus potentially find an answer to the question ‘can Multiple Sclerosis be prevented?’ Based on research so far, there are two types of immune cells involved in Multiple Sclerosis, the B cell and the T cell. The T cell becomes activated by an unknown trigger and travels through blood vessels to enter the central nervous system. They then release a variety of molecules that lead to inflammation and nerve damage. B cells can be activated by a type of T cell known as helper T cell, as a result of which they too enter the CNS and release antibodies and proteins that cause CNS damage.

What scientists still do not know is what exactly causes the T cells and B cells to malfunction and attack the nervous system. In general, a combination of genetic and environmental triggers can be held responsible. Some of the risk factors that scientists have identified include:

How to prevent Multiple Sclerosis

Close relatives of Multiple Sclerosis patients are likely to have questions about how to prevent MS. There is currently no guaranteed treatment that can guard against Multiple Sclerosis. However, there are several lifestyle modifications that can reduce one’s risk of getting it. These include:

Studies over the years have demonstrated that maintaining adequate levels of vitamin D can reduce one’s risk of getting Multiple Sclerosis.

Some of the risk factors that doctors have identified for MS include having low levels of vitamin D, having certain autoimmune conditions like type 1 diabetes, being Caucasian, and having a parent or sibling who has MS.

Bananas are rich in biotin, a type of vitamin B that can help with some of the symptoms in MS patients.

Therapists recommend that MS patients engage in a mix of strength training, stretching, and moderate-intensity aerobic exercise for optimum benefits.

Vitamin B12 deficiency can cause symptoms that are similar to those of Multiple Sclerosis, including fatigue, numbness, and tingling.

Some studies have shown that magnesium plays an important role in developing and stabilizing the myelin sheath, which MS damages.

For patients with Multiple Sclerosis, doctors recommend taking around 1000-2000 IU of vitamin D per day.

Turmeric has anti-inflammatory properties, which makes it ideal for joint pain management, a common symptom among MS patients.

There is some evidence to show that taking more than 2000mg of vitamin C may be harmful for patients with MS.

Many Multiple Sclerosis patients feel their symptoms get worse in hot or humid weather, or if it is extremely cold.

In short, there are several complex factors that interact to increase one’s likelihood of Multiple Sclerosis, and research still continues on the exact casualties. While there is no direct way to prevent Multiple Sclerosis, having a solid understanding of the risk factors and potential causal links can help you gauge your likelihood of getting it. Overall, by exercising regularly, spending enough time outdoors, and eating a nutritious diet, you can boost your immunity and reduce your risk of getting all kinds of conditions, including Multiple Sclerosis.