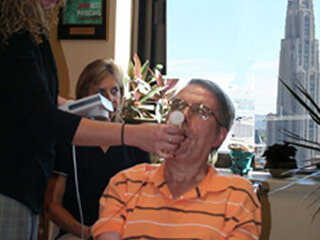 Most of you reading this would be already aware of the ‘Ice Bucket Challenge’ that was making its rounds in social media in the year 2014. That was how the world responded to bring attention to this unique condition which was previously unknown to many till that point of time. Amyotrophic Lateral Sclerosis or simply ALS, is a disorder of the nervous system which involves the death of its most basic functional units – the neurons.

The characteristics of ALS are muscle twitching, muscle stiffness and muscle weakness that gradually worsens due to muscle wasting.

Early signs and symptoms of ALS include:

Most frequently, the disease begins in the limbs and then spreads across to other parts. ALS, however, does not interfere with bladder control, thinking ability or one’s senses. ALS is inherited in most cases, but scientists still have not got to the bottom of things. Currently, researchers are studying several probable causes including gene mutation, disorganized immune response and chemical imbalance.

Risk factors that have been established for ALS include Heredity, age and gender. 5-10% of people with ALS have inherited it from their family. ALS is mostly found in people of the age group 40-60. Till the age of 65, men are more likely to develop the disorder than women, though this likelihood disappears after the age of 70. Smoking and lead exposure are also under study to be understood further. It is most interesting to note that recent studies have established a connection between military service and the condition though what exactly in the military service is responsible, is yet to be known.

If you would like to know more about ALS or if you have any queries regarding this condition, please do feel free to get in touch with us!