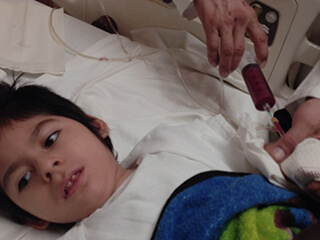 Epilepsy is a neurological disorder marked by recurrent seizures due to abnormal electrical activity in the brain along with loss of consciousness. It affects people of all ages.

The type of seizure depends on where the sensory disruption occurs in the brain, how it spreads and how much of the brain is affected and how long the episode lasts.

The exact cause of epilepsy is unknown. It could be due to genetics or due to brain injury. The condition affects the patient’s relationships, work and general safety.

Anti-epileptic drugs work for most people. At Plexus, we have been able to effectively control seizures with proper use of the right medication. However, in some cases, drugs do not help as much as we would like them to. Sometimes seizures still occur or some patients cannot tolerate some drugs.

In a normal brain, there are neurons that excite cells and neurons that stop or inhibit the action of cells. There is a balance between these neurons that helps us to function normally. In a patient with epilepsy this balance is disrupted, during seizures. This abnormal circuit is what stem cell therapy targets to correct. Stem cell treatment aims to reduce these seizures by introducing specific group of neurons with inhibitory functions. It aims to reduce the frequency or even the occurrence of seizures and restore any behavioural deficits caused by the condition.
Stem cell therapy holds a lot of promise in the management of epilepsy.