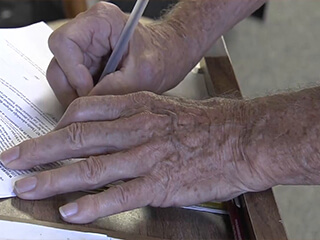 Known as Parkinson’s Disease, Parkinsonism is a disorder of the elderly population. It commonly occurs after 60; however, it can present at a younger age as well and can run in families too. With numerous sufferers worldwide, Parkinsonism remains one of the principal health problems.

Well, Parkinsonism is basically a degenerative disease of the brain in which cells that produce dopamine in the substantia nigra (a component of the mid brain) are lost owing to degeneration.

Dopamine happens to be a neurotransmitter that is responsible for the neuronal circuits in the mid brain that regulate movements. Deficiency of dopamine leads to movement disorder which results in the manifestation of slowing of movements, tremors felt in hands & various other body parts as well as rigidity of muscles. Parkinsonism worsens over time and at an advanced stage, walking becomes difficult as well. The disorder increases morbidity & mortality among the elderly owing to hypostatic pneumonia & other similar diseases.

Usual treatment of Parkinsonism comprises of synthetic dopamine, dopamine analogue and others. Well, the basic principle of the drug therapy is to replace dopamine or rather take drugs having anti-cholinergic properties to control tremors. While anti-parkinsonism drugs have been employed successfully to control the symptoms of Parkinsonism, there are a few drawbacks of taking drugs that create the need of a more durable treatment.

Using stem cells to cure different diseases has perhaps passed through the stages of infancy & childhood now; currently, it appears to be an established mature treatment used successfully to treat many diseases. The main benefit of stem cell therapy is that it doesn’t aim at just controlling the symptoms; rather, it cures diseases.

What exactly is stem cell therapy?

Stem cells are extracted from the cord blood of the newborns (which actually is of no use) for the neonate. These stem cells are collected & stored for future use. Experts consider this therapy as 100% safe and effective. Stem cells, thus taken, are transplanted into the brain. There, they take the prosperities of the degenerated cells of substantia nigra. As a result, symptoms of Parkinsonism disappear gradually over time.

In addition, it has been found that when stem cell therapy is used at the earlier stages of a disease, excellent results are seen and almost 85% patients receive complete cure of their disease; the remaining get good control of the disease along with lower doses of several anti-Parkinson drugs.

Several health care centers, specializing in this therapy, use cord blood as the chief source of stem cells. They have proved that stem cell therapy is a natural way to treat Parkinsonism – it is fully safe and there isn’t any risk of side effects.