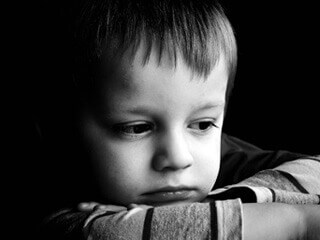 It is indeed a very natural thing for children to have their own share of worries and doubts but the ones with OCD are unable to stop worrying and it doesn’t matter how much they want it to stop! OCD (Obsessive Compulsive Disorder) is a disorder where a person is unable to say no to one’s obsessions and compulsions in many life situations.

In the past, children with OCD were often wrongly diagnosed with other conditions as doctors widely believed that OCD was a very rare condition for a child to have. In reality, OCD occurs in 1% of all children and recent studies show that about half the number of adults with OCD had experienced the clinical symptoms of it a young age. This, in particular, stresses the importance of making the right diagnosis at a young age.

Though the symptoms vary much from child to child, some of the most widely observed ones include:

If you notice any form of obsession or compulsion regarding your child activities, don’t not jump to a conclusion right away. Make sure you get in touch with an expert regarding OCD to get to the bottom of things as soon as possible. Parents should go about this carefully, as some children fear that speaking out their worst fears to a parent or a doctor would make them come true.

The treatment for children with OCD is almost the same as what adults go through. A particular form of Cognitive Behavioral Therapy called ‘Exposure and Response Prevention’ has been found to be the most effective, by researchers.

If you’d like to know more about OCD or its treatment, you are most welcome to get in touch with us anytime.