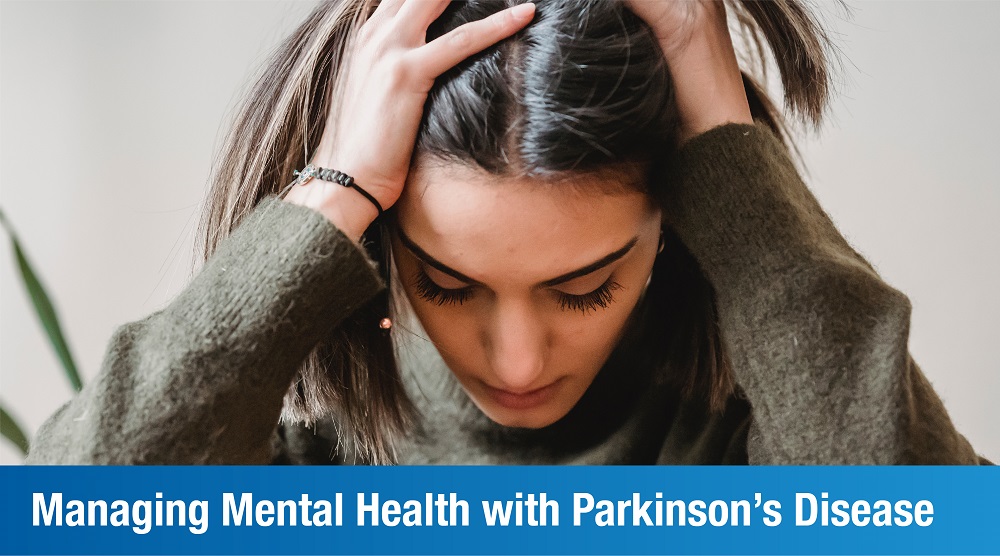 Parkinson’s Disease is one of the most common neurodegenerative conditions in the world. It primarily damages the dopamine-producing neurons in a specific area of the brain called substantia nigra. The symptoms of Parkinson’s Disease are both physical and neurological, these include tremors, unsteady gait, slurred or softened speech, impaired memory, mood swings, and delusions.

A condition that often manifests along with Depression is Anxiety, which involves prolonged periods of general unease and fear. Anxiety, like Depression, can affect the patient’s ability to maintain a normal social life.

Another mental health challenge that patients often face, takes the form of paranoia, delusions, or hallucinations. All three are common side effects of Parkinson’s Disease medication, and involve a belief in something that isn’t actually true. With paranoia, the patient may feel like they are being watched or followed all the time. A delusion indicates a firm belief that something is true when it is not. For instance, the patient may suddenly believe that their nurse is out to kill them. Hallucinations involve seeing or hearing things that aren’t actually there.

Your doctor will ascertain that the mental health problems are linked to your Parkinson’s Disease, and not some other condition. They will typically run tests to check your lungs, liver, and kidney function as well as your blood work – as chemical imbalances in these organs could also cause mental health conditions. They will then look into all of the medication you take, including over-the-counter pills and alternative remedies, as these may also be the culprit.

The best way to treat Depression in Parkinson’s Disease is through a combination of therapy and medication. Talk therapy helps the patient work through issues of feeling low and thinking less of oneself, while finding a new sense of self-worth. It also allows them to enjoy daily activities, special interests, and family time much more. Medication in the form of antidepressants is also valuable. The doctor will prescribe medication depending on the patient’s current health so that they do not interfere with other Parkinson’s Disease medication. Medication is also essential to keep delusions, paranoia, and hallucinations in check, along with a regular sleep cycle and more physical activity.

In many cases, lifestyle changes can help a great deal with conditions like Depression or Anxiety. Some changes you can consider include:

In conclusion, there are several ways to treat mental health disorders in Parkinson’s Disease patients, including lifestyle changes and counselling to enable a more positive outlook. If you are experiencing Depression or any other mental health condition, bring it to the notice of your doctor right away so that you can benefit from the right treatment.