Learn About the Diagnosis for Cerebral Palsy 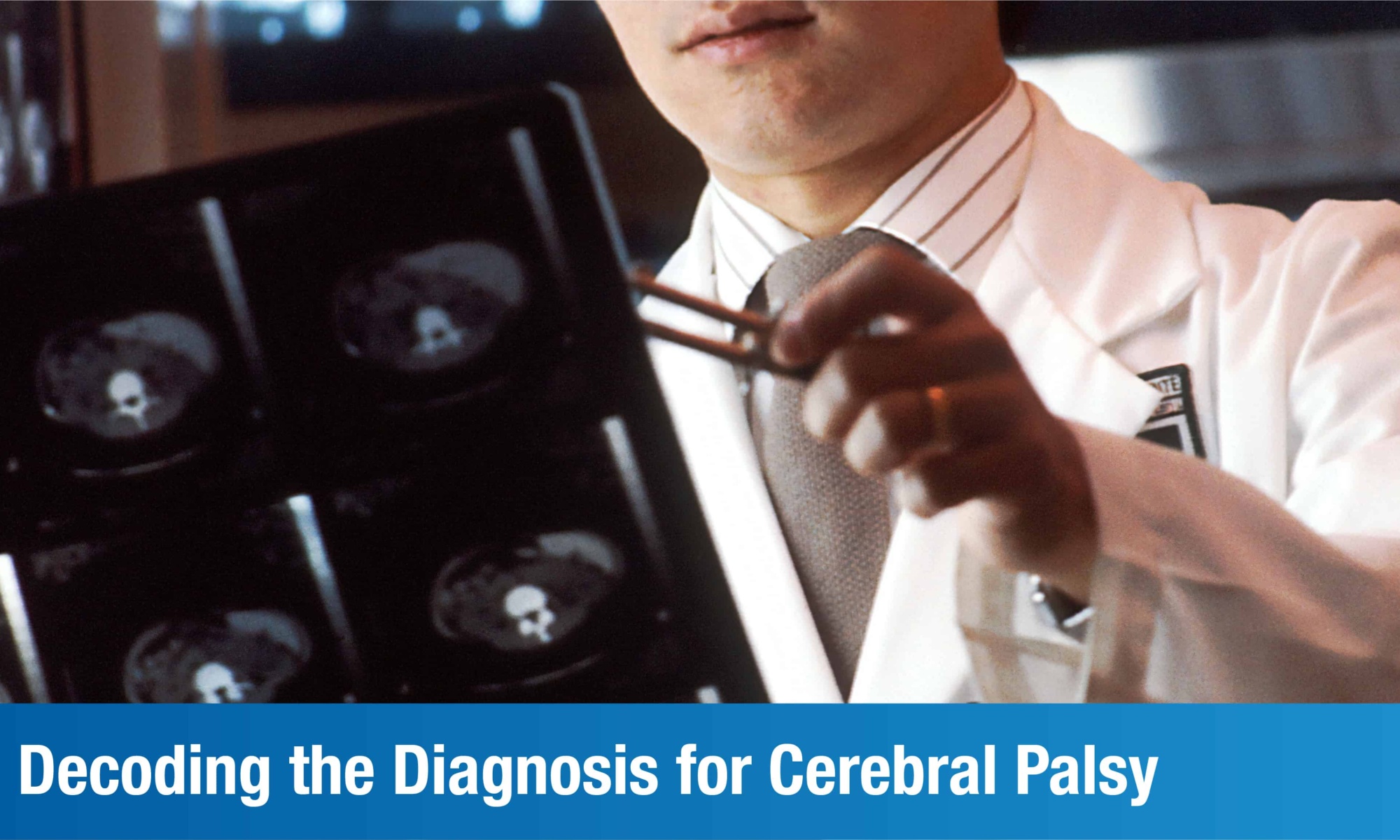 Know About The Diagnosis For Cerebral Palsy
Cerebral Palsy is a neurological disorder that affects young children and requires care and treatment throughout the patient’s life. It can differ in severity from patient to patient, with some children receiving only a mild CP diagnosis while others have more serious cases. The sooner one can secure a cerebral palsy diagnosis, the sooner they can start benefiting from treatment. Doctors will typically conduct developmental screening as part of the examination for cerebral palsy, as there is no specific CP test yet. Let’s take a closer look at how a cerebral palsy assessment is conducted.

Understanding cerebral palsy
Cerebral Palsy refers to a group of neurological disorders that affect movement, muscle tone, coordination, and motor skills caused by damage or abnormalities in the developing brain. The exact cause of Cerebral Palsy often remains unknown, although head trauma, difficulties during birth, maternal infections, gene mutations, and infant infections have all been identified as causes. Cerebral palsy may be mild or severe, depending on the location and severity of the brain injury, the symptoms will manifest accordingly. The condition is non-progressive and has no cure, although treatment can manage the symptoms and enable a higher degree of functionality and independence. An early diagnosis of cerebral palsy is thus key to giving children maximum benefit from treatment.

Early signs of cerebral palsy
The Center for Disease Control (CDC) has put forth a variety of developmental milestones for children to meet, starting from two months all the way up to five years. Keeping track of how a child is meeting these developmental milestones can help with early diagnosis of cerebral palsy. While these milestones are not absolute, they are good guidelines and a child that significantly falls behind on them could have a condition that needs diagnosis. Some of the tell-tale signs that parents may observe include:

At the same time, parents should not panic needlessly about one or two milestones missed, as every child is different and may learn those behaviors at their own pace later on.

The most common way to give a differential diagnosis of cerebral palsy is through developmental screening. The doctor may observe how the child moves and behaves during clinic visits, or ask the parents questions about how the child has been developing and whether the parents have observed any concern areas. Things that the doctor will focus on during observation include reflexes, posture, muscle tone, and motor skills. If there are signs indicating the presence of cerebral palsy, the doctor may refer the family to a pediatric neurologist for a formal cerebral palsy assessment.

The pediatric neurologist may conduct certain tests to detect abnormalities in the brain that enable an early cerebral palsy diagnosis. These include:

In addition, the doctor may ask for some other tests, including:

The final Cerebral Palsy diagnosis may take months to confirm as all other possibilities are ruled out first. Parents may feel shock, anger, or even denial upon receiving the diagnosis, which is why it is essential to have detailed conversations with the doctor about what cerebral palsy entails. If desired, the parents may go for a second opinion.

How parents can prepare for an appointment for cerebral palsy detection
The possibility that one’s child may have cerebral palsy is a distressing one for most parents. If they observe developmental delays in their child, it is essential to prepare thoroughly for the doctor’s appointment and carry all information that may be relevant. Some of the questions the doctor might have during the cerebral palsy assessment include:

Parents should also be prepared with their own questions, including:

Cerebral palsy is a challenging disease to live with, which is why it is essential for parents to act as the first and most loyal advocates of their child. By encouraging independent behaviors and having a support network around, parents can help their child navigate life more productively. In addition, it is important to remember that while there is currently no cure for cerebral palsy, treatment can manage the symptoms and ensure more independence for the child as they grow older. It is thus crucial to get a cerebral palsy diagnosis as early as possible so that intervention can begin.