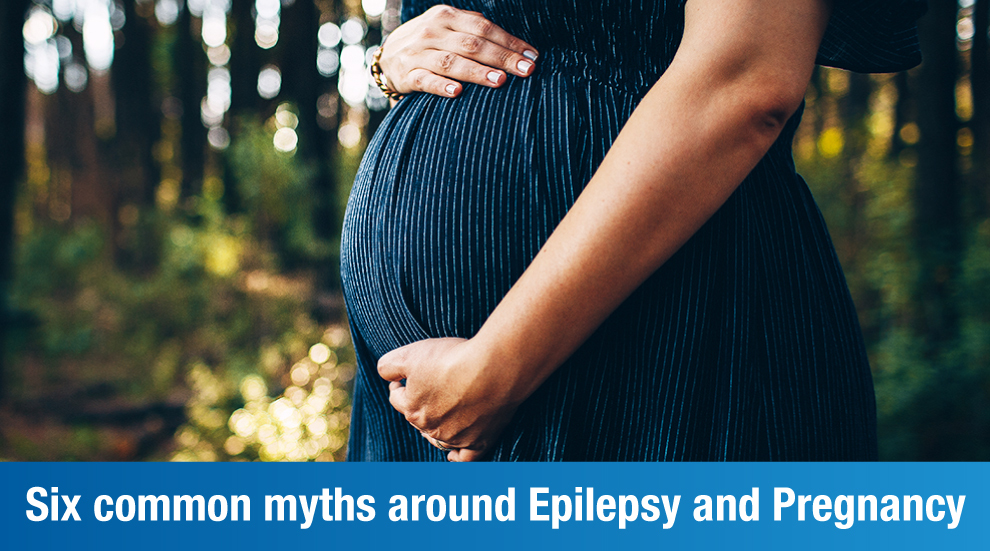 For most women, becoming a mother is blissful, exciting, and joyous. But pregnancy also comes with its own physiological and psychological problems. These issues, distressing on their own, are compounded when the expectant mother is suffering from epilepsy. There are however a number of myths around pregnancy and epilepsy — some of which we will dispel in this article. Before we do that, let us understand what epilepsy actually is.

What is Epilepsy?
It is a chronic and common neurological disorder characterized by recurrent seizures. Around 50 million people are fighting epilepsy worldwide.

These seizures vary from patient to patient. For instance, one may experience very mild muscle jerks while others may experience severe convulsions. And in more than 50 percent of patients, lack of oxygen supply to the brain is considered the main reason for its occurrence. Other reasons include:

The general symptoms of an epileptic seizure are:

Now, let us understand in what ways this disorder can affect pregnancy. In other words, let us separate the myths from the facts.

Is it difficult for a woman with epilepsy to get pregnant?
The answer is no. Infertility among women with epilepsy was a notion accepted until recently. However, the latest studies have shown that unless there is a family history or other medical conditions responsible for infertility, a woman suffering from epilepsy will have the same chances of conceiving as a healthy woman.

Will the baby have epilepsy too?
The condition is genetic but chances of the baby suffering from the same are a mere 5%. on that basis, it cannot be concluded that the baby will inherit it too. The possibility may be higher if the father too has a history of epilepsy. It is also pertinent to mention that if the mother has inherited the disorder, it is likely that the child will have it too. However, most children, with time, gain control over their seizures and lead a healthy life.

Will getting pregnant increase the occurrence of seizures?
Most pregnant women have reported no increase in seizure occurrence. There are cases where women have even reported a fall in frequency. However, there are reasons that might lead to an increase in epileptic bouts.

A seizure will cause miscarriage
Such an experience during pregnancy can be dangerous but it will not necessarily cause a miscarriage. If a pregnant woman experiences a seizure and falls on her stomach, it could injure the fetus. A severe epileptic bout, however, may result in premature labor. Most pregnant women dealing with epilepsy have given birth to healthy babies.

There is only one way to give birth — C-Section
Epilepsy does not determine the way a woman has to give birth. But if seizures occur repeatedly during labor, the gynecologist might decide to go for a C-section.

Women cannot breastfeed if they are suffering from epilepsy
On the contrary, it is recommended that women breastfeed their babies. Until recently, it was perceived that a baby might be affected by the mother’s medication through breastfeeding, however latest studies have proved the notion wrong. Only women who have been prescribed phenobarbital, primidone, lorazepam, and ethosuximide need to be extra careful as these medications might lead to some side effects.

While we have distinguished between myths and realities related to epilepsy and pregnancy, it is advised that soon-to-be-mothers should maintain caution, especially if they are prone to seizures. The gynecologist and neurologist involved should join hands to provide the patient with best possible care.