What to do When Someone is Experiencing a Seizure 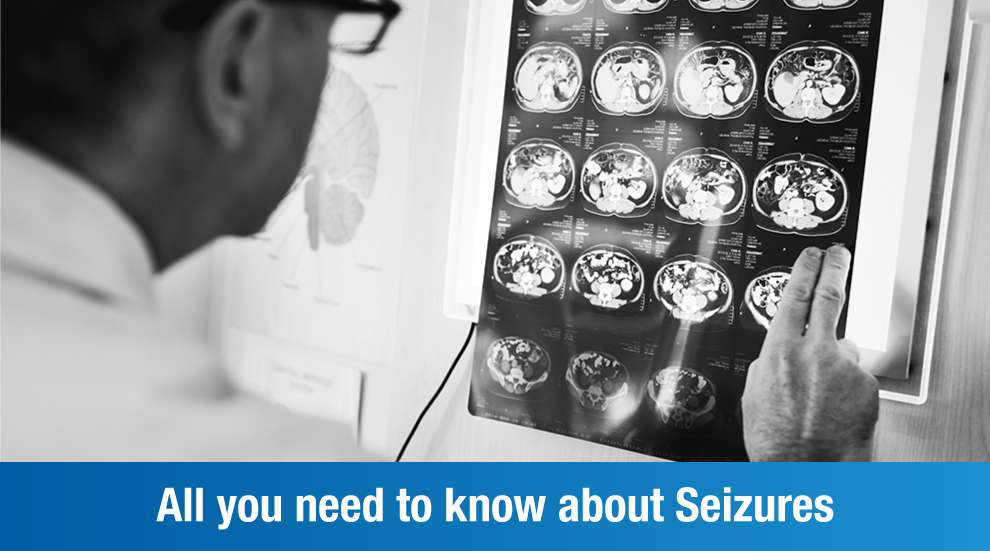 Watching someone experience a seizure can be a frightening thing. Also, such episodes, medically known as epilepsy, are not uncommon as 50 million people worldwide battle it. So, is there something that you can do to provide relief to someone going through a seizure? Yes! You can actually act as the first responder and prevent further damage.

In order to do that, you should be aware of what exactly epilepsy means, its symptoms, and types. Let’s get started.

Epilepsy is a common neurological disorder where the person experiences recurrent seizures varying from mild jerks to severe convulsions. In half the cases, the main reason for occurrence established is a lack of oxygen supply to the brain. The other reasons that can be held responsible for these convulsions are a brain injury, an infection, a tumor, or other genetic reasons.

These seizures vary from person to person, however, certain common signs can be found in every patient. They are:

There are two categories of seizures, depending on the level of involvement of the brain:

2. Generalized seizures — involve the entire brain and can be further classified into:

Well, almost every kind of seizure has a serious fallout. In order to save your loved ones from further harm, we have listed a sequence of actions that you can undertake before professionals take over.

Every seizure cannot be dealt with using the above-mentioned points. There will be situations when you will need professional help especially when the affected person has a prior ailment. So, don’t waste time in calling for help if you are facing the below-listed circumstances:

If these steps are followed in letter and spirit, it can save the person from enduring a lot of pain as well as stress. Likewise, epilepsy, as a whole, can be controlled, managed, and mitigated too by Stem Cell Therapy — a non-surgical procedure where stem cells, which have the capacity to regenerate, replace the damaged cells in the body.